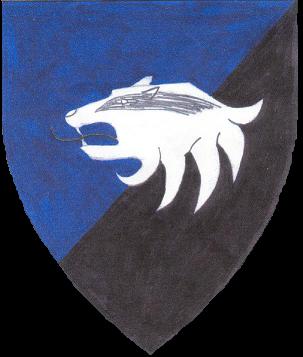 I am from the vicinity of north of where my family has held land in one form or another since the time of William the conquerer. I have been employed for some years in the armies of both Henry ll, and Richard l.
I have fought both in on behalf of the king under William Marshall, and in during the civil unrest under John Lackland.

Jun 2003    My family and I joined the SCA.
Sep 2004    I became deputy thrown weapons officer for the Barony of Dragons Laire and placed 5th in Kingdom for thrown weapons that year.

Jan 2004    I fought in my own armour for the first time at the Duramen tourney.
Sep 2004    I became the Baronies thrown weapons officer and also placed 2nd in kingdom that year for thrown weapons.

Nov 2004    I became man at arms to Earl Sir Strider and a sworn fealty member of House Persistant.

Dec 2004    I received the Snap Dragon (a Baronial service award) from Dragons Laire.
May 2005    Received my AoA at May Crown
2005    I was 8th in Kingdom for thrown weapons and 8th in the known world for spear.
Sep 2005    At September crown 2005 I was released from fealty to Earl Strider as man at arms and became Squired to Sir John Wolfstan.